Love and life appear to be separate only because everything on earth is broken apart by vibrations of various amplitudes and durations. However, there are no vibrations that are not conjugated with a continuous circular movement; in the same way, a locomotive rolling on the surface of the earth is the image of a continuous metamorphosis.[1]

The heat seems to be able to save. How much cold meat can a warm hand hold before it begins to necrotize? Dead flesh has the power to take over. It took everything that was to be taken, the exchange was successful. You can let it go, you’re fine now, you can leave it all chewed up, it’s okay. Tell me, which part of the body will become independent this month? Where will the terror pour out? Let it go, manducated. Skin is the worsest spy, take it off.[2] It was said that exactly this touch is rare and that there was nothing left for this meat. This meat possesses only what he has been told, not too far and definitely not too close, as instructed. He gets lost, he falls, the weight is earthen … they say that even if he lacks time, he crawls. It should be secured by now, stored at a certain temperature, but right now, as it shouldn’t be escaping, when it should be calm, motionless, right now it was caught in the heat. It warmed dead limbs, accelerated decay and it turned out so well. But thawing is purposeful + dismembered to be devoured more easily. When is the body stolen? It’s okay they say, the only thing that matters is that something new emerges from the pieces that remain, that it grows, and yet it attracts only a certain kind of meat, an array of bodies. Should the injection area be repetitive or the amount too large because it has to enter a phase of swollen flesh so that the tinge is visible or the predisposition simply has to be a surface destined for corrosion. From whence it arises … when in an instant a solidness becomes even more rigid, only because of the softness it touches, and only that allows the weight to be of the solid, as if the touch limitropically[3] loses grip when the touch grips more and more strongly. 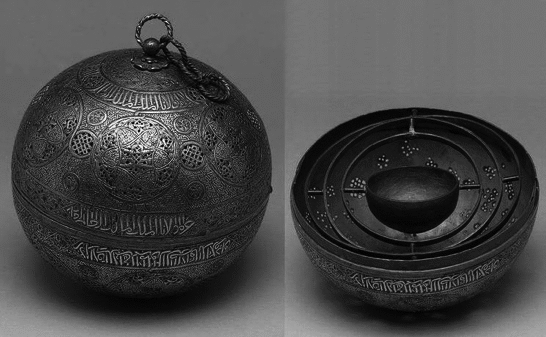 Bent skin where the indentation spilled, wrapped in bone, growing around like a plant pretending not to be in need of light. It squirms, prepared for injury, waits, it is moving so strangely, as if someone had told him it had already transformed. As if it smelled exactly what he was missing, but was too smooth to be real skin. He is not too dangerous because he knows he will die without a host. It does not tolerate loneliness, at any cost, close, even if a part of his flesh falls away, but everything clings to this flesh, not by accident. Of course it’s ready, it’s not smooth in vain, it feels like it’s going to slip, no, it just never dried. The place where it comes from is beautiful, even quiet and comfortable, a soft pungent wreck. If you watch him long enough, it moves in a way that everything around him nictates, not because of his calmness, but due to his petrified fear. Boredom, oh, how it doesn’t tolerate boredom, therefore calmness is concentrated on the product, it wants to be a slow and unobtrusive implementation, where no one checks the movement, where the form begins to shift from constant repetitive deviation.

Imagine that under the fingernail of its standard hardness, which has ceased to grow, a softer materiality begins to grow. Hardness was replaced by softness, so useless, out of place, left to insignificance, and yet it is still exhaustingly growing. But maybe everything is in the scent, maybe he can smell fragility, smells it as it decays, you can see it on the surface that it has become food. Pass me a smell, come closer to the body in the form of an object.[4]

What else can you ask, ask, it surely has something else he can give. It is precisely in decay that it wants closeness, to make it easier for him to realize that he can eat it, that he can kill, that it is better. But keep it to yourself, it hurts … Hm, that might be too easy, maybe meat is collectively pretending to be something else, maybe it needs to herald decay in order to grow in ruin more easily. It may seem to be in a constant state of decay in order to devour everything around it more easily in order to survive. So, the smell then, if the smell is the materialization of decay, does the smell then remain on the surface and shows up when the surface starts to sag? Yet, tomorrow may seem completely different.

… extreme seductiveness is probably at the boundary of horror.[5]

He held bluntedness in his hands from both sides. I can’t describe the way it moved because all environments elude him, but there he is, ambling. He is so good at making environments slip away, none of it is his, the closest description of where it might be located is the moisture in the trees, so solid and dense that it is distributed over the entire surface but successfully grovels into the air, hovering. Confuse it with fake antumbra, manufacture it from wax[6], it’s ok, it’s better than talking to it, just as long as you remember that you cannot get rid of it, you can just take the action of not using it by creating it. Do not forget the umbra, because it will come faster if you do, keep it close. No, no, don’t create it, don’t mock it in that way, especially if you make the shadow different from its body, that’s not a good idea, it would be more appropriate if it was pulled by the hair. Body snatch(ing) me alive. Certain gestures are meant for him, but they belong elsewhere, as if they had to penetrate for just a moment, just to show how they cannot exist. It is probably more difficult to maintain a safe distance than to stay attached because the skin is torn vertically. The touch gesture is adjusted according to the counter-impact of touching, the strength of the pressure is adjusted according to the hardness of what it touches, no wonder everything flows into softness and smoothness, buy me a car. The sound of a tool intended for management is transformed into a swarm, like a bee swarm, one that knows that the queen has been subjected to manipulation for the purpose of augmenting products. Grow on the suspension that this may be the last gesture that will satisfy you. It doesn’t break in or inflict wounds, please, this is not the thing that grew yesterday, he knows precisely what a hole is and he understands pores. Yet somehow it still manages to be erect next to the tree[7] despite his fleshiness, wondering why the bark is rough. The scent of smooth growth has the bright tone of a frozen epidermis.

He listened to another thing and through the kitchen faucet a sound beyond his ken crept into his occiput, the sound became a thing, the classic materialization, no surprises here, lured by an interloper, but instead of fear, he was overwhelmed by relief. Over the object came a sound that did not belong to it.[8]

In the layer of tenebrosity, the body reacts very quickly and poses as a moving flicker. It doesn’t have much choice, it puts itself in defence almost instinctively and all while it is here, it is attacking. Verticality allows for the existence of a soft nudged living wall, softness is seen due to its automatic movement, automatedness is extremely fragile because it focuses on the smoothness of repetition, only without interruption can it develop a soft surface focused on constant raising and lowering. Solidity arises elsewhere, it has an almost completely different place where the constructed motion is displacement.

Mortsafe is being built for the liquid that is trying to become independent, safe from inventions, no one will disturb it, constantly approaching zero, but never—don’t hold your breath—there, infinitesimal.[9]

• Built on the principle of deviation:

Building a form based on the movement of the other form, each moving away from the other, each creating its own groove through a reactionary touch. The reactions are simultaneous where xerox is constantly generated. It is a relationship of retreat and attack, failing to distinguish. Produced by the ebb.

Neja Zorzut is an artist focused on “ecological philosophy” and “ecology without nature”, hyperobject entities and hyperoccultation, immersion, modified spaces and/or objects that necessarily penetrate the skin, adhere to organs, thus creating an atmosphere of decomposition of the body, modification/adaptation to a different kind of environment.

THE HYPEREMOTIONAL COMPLAINER (THE PARASITE AND ITS DOUBLE) Domen Ograjenšek